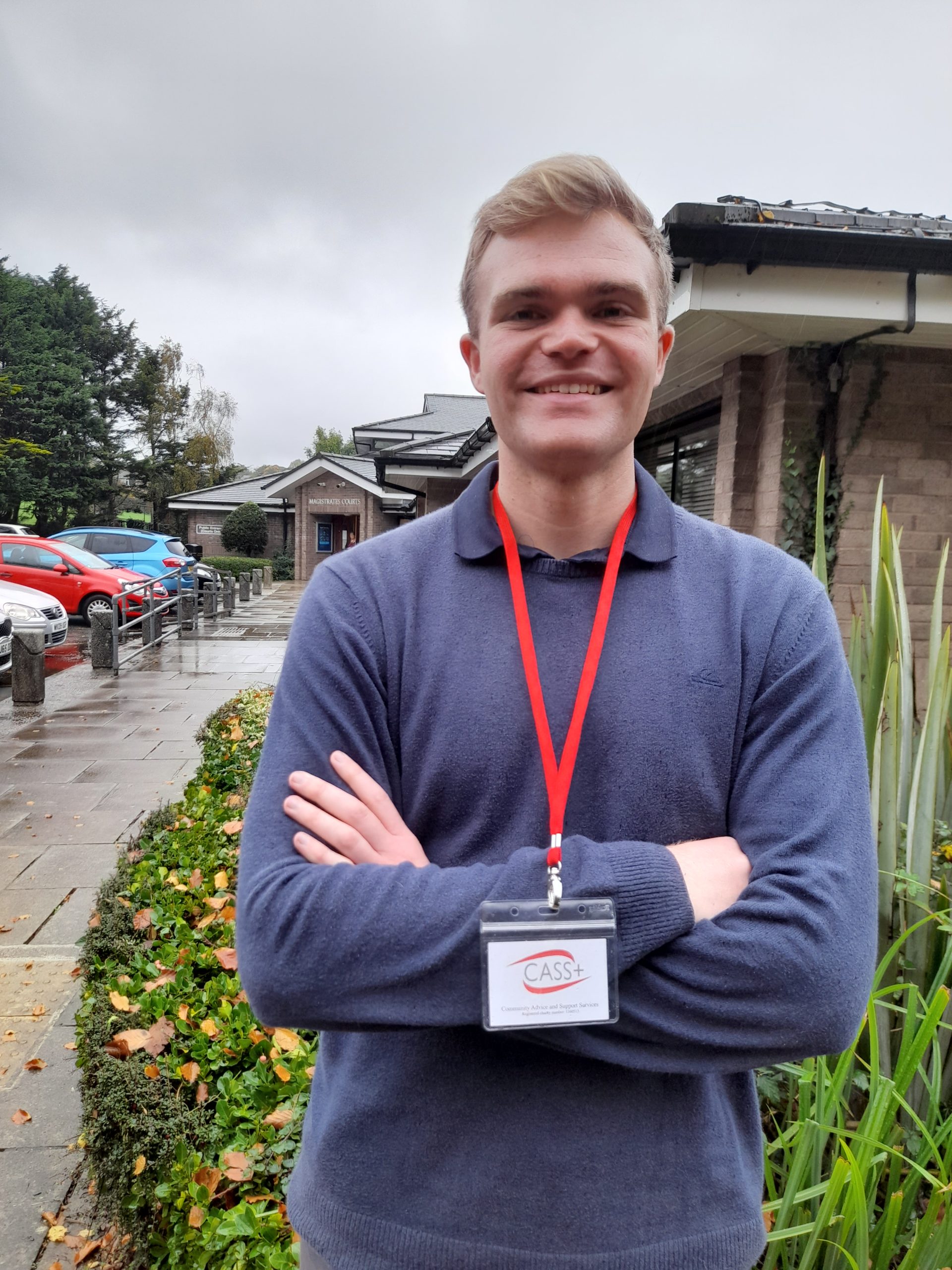 We were sorry to say goodbye to Police Constable Tom Rutter. We thoroughly enjoyed having him on board in Truro for three days. Tom has recently graduated with a BA (Hons) in Education from the University of Brighton. Like others before him, he has returned to his roots to serve the community closest to his heart.

With his father in the fire service and his mother working at Truro College, some would say that Tom has public services in his genes. Everything is coming together for him since he returned home, including his love of the great outdoors. At work, he’s certainly looking forward to putting his values of integrity, resilience, honesty and discipline into practice:

‘I’m very interested in outreach, prevention and reform so this has been the ideal work experience for me here with CASS+ at the Magistrates’ Courts in Cornwall. It’s an exciting time to be joining the police. I’m especially looking forward to creating a really good rapport with the people I will be serving across the region.

Building on the right foundations

Until this week, I had never been inside a court or even seen a prison cell. I’m confident that I’m getting solid building blocks in place, gaining vital understanding about what it’s like for anyone facing the criminal justice system, whether that be for a first-time offence, or victims of crime, or people going through repeat court appearances, or witnesses, and their families.

So much behind the crime

I now understand that there is always so much behind a crime. It would be very superficial to look at the media headlines alone. Today I realised that there’s often trauma and hardship in the lives of those who go through the courts. The team at CASS+ is responding to very complicated needs. I now see that this charity has become the vital link between the criminal justice system and our local services.

I’ve also learned that it’s important to think about the person and their past – everyone deserves respect and dignity, no matter what they’ve done. The CASS+ team steers people towards informed choices, away from the revolving doors of the criminal justice system. In the future, I want to be a police officer who anyone can turn to for help. This is how we will prevent crime and reduce the risk of re-offending, making our communities safer places to live and work.’

Tom heralds the start of a great partnership with Devon and Cornwall Police and by May next year, CASS+ will have introduced 11 police recruits to life behind the scenes at our local magistrates’ courts in Devon and Cornwall. We’re very much looking forward to working with them all.

Vacancy for Secretary to the Board
23rd August 2022